CALLS for opposition parties to join forces are increasing on daily basis. What is clear is that all these parties are pushing towards removing Mugabe and his Zanu-PF in power but they are all shooting from opposite sides.

The leading opposition parties, MDC and MDC-T which are led by Professor Welshman Ncube and Morgan Tsvangirai have a long history which I think will make it impossible for parties to unite. The united MDC which was formed in 1999 was very vibrant and its members were geared to topple Mugabe as a united front. 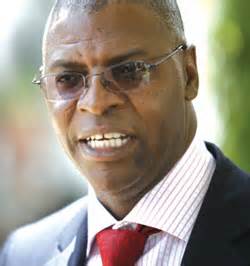 However, a dark cloud hung over the party which led to its split in 2005. Reasons for the split are many and chief among them are tribalism and Tsvangirai’s dictatorship tendencies. Prof Welshman Ncube has long said that Tsvangirai does not have leadership qualities and some of the Tsvangiari’s blue eyes boys are still playing tribal cards as they don’t want to form a coalition with MDC.

The MDC split on October 25, 2005, after a national council meeting at which party leader Tsvangirai was accused of dictatorially vetoing a vote to field candidates in Senate elections due later that year.

But the report compiled by a three-man commission comprising Dr Tichaona Mudzingwa, Moses Mzila Ndlovu and Giles Mutsekwa into violence that erupted at the party’s Harvest House headquarters in May of that year suggests the party was still heading towards a split anyway – plagued by tribal mistrust and competing political ambitions.

In a key conclusion, the commission said it had “established beyond any reasonable doubt that there is a strong anti-Ndebele sentiment that has been generated, fanned, orchestrated and marketed to innocent party members by a senior party leader under the guise of sheer hatred for the secretary general at a personal level.”

With tribalism being one of the major causes of the split, the vibrant opposition which every person dreams of will remain a pie in the sky. The opposition which will take the government to task, as what used to happen in the early 2000 will also remain a pipe dream. The handwork of founding members who include Gibson Sibanda will go down the drain, as their efforts have been wasted.

“I am sorry Gibson”

“The political developments in this country will never be the same again after the formation of the MDC but the saddest thing in my life is the split of the MDC. It represents the saddest part of my relationship with Sibanda. 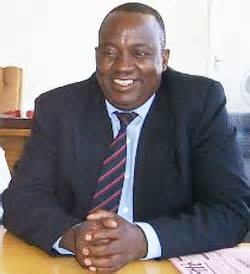 “What we said after the split, I regret it. I am sorry Gibson for what we said at that moment, it was a moment of weakness and it was not worth it,” Tsvangirai said during the funeral of Gibson Sibanda.

This apology was very strong but the apology must go further and fulfill his wishes by closing ranks and forming a united front which make the political discourse interesting and more interesting. Opposition parties must close ranks. United you stand, divided you fall.