← Nkandla report: Zuma should face the music
Sanctions on Russian: a non event →

WHERE are we heading to? What is going on? Why should we continue to suffer? These are some of the questions people might be asking concerning the state of economy in the country.

During the inclusive government, the economy was slowly growing and the people are not wondering much as they are now. What is disturbing is that those who are in power also seem to be arrogant and clueless and I wonder where we are heading to. 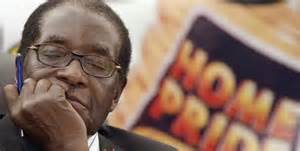 The MDC can now be vindicated because it highlighted that the turnaround in the economy was due to their presence in the government.

During the inclusive government, despite having failed to score many points due to some blunders, the economy was at least showing signs of improvement.

What then boggles the mind is what is that Zanu-PF is going to do to serve the economy which is nose diving? Where are they going to get money to rebrand Zimbabwe? Perhaps we must be patient, but the truth is that people are now becoming inpatient.

The problem I think is that, we have set a bad precedence by giving lawyers room to run the economy. Who said the minister of finance should be lawyers. Why can’t give economy to economics and let them do what they know is best. The important matter now is that Mugabe must reshuffle his cabinet and give some who know how to steer the economy. There are many people who can better fill the Finance Minister’s post. Technocrats will also be useful.

People including myself, have lost faith in the way Chinamasa is handling the economy. We do not want the I don’t care attitude because people are the one who are suffering not. He is enjoying the luxury of a Range Rover and pocketing thousand of dollar yet the majority is earning money which is below the poverty datum line.

With the way the situation is on the ground, I now support those who said Zanu-PF on their own cannot do something meaningful.

The make matters worse, the President has remained mum and shockingly indicate that civil servants will get back dated pay in April. Zanu-PF must admit that they have to fulfill the promises they made during the 31 July election campaigns.

The current state of the economy has also exposed Zanu-PF. This has shown that the party can no longer be trusted and they should not be given another mandate to lead the country.

For how long shall we continue to seethe and yearn for a better Zimbabwe? Zanu-PF should at least consider that citizens are truly suffering, already millions are outside the country trying to make a leaving. They say home is always the best but with the way things are, the opposite is true.

Some people regard discipline as a shore. For me, its a kind of order that sets me free to fly
View all posts by Zimpundit »

Posted on March 22, 2014, in politics and tagged mdc and election, mugabe, tsvangirai and MDC-T, zanu-pf, zimbabwe. Bookmark the permalink. Leave a comment.

← Nkandla report: Zuma should face the music
Sanctions on Russian: a non event →